Adam Kwitko ran for a decade, competing in multiple races along the way including a marathon in under three hours and 75 miles during a 24-hour obstacle course race in the Nevada desert. Having hung his shoes for nearly three years, the pandemic sparked him back to the course this past weekend, resulting in an 8th place finish during the Ultra Virus 12-hour virtual race on Saturday, May 30.

“I went into the race with the most self-doubt I could imagine, which is suicide in the ultra-marathon world. You really need to believe in yourself to move for that long,” said Kwitko.

Atlanta-based Obstacle Racing Media launched the Ultra Virus 12-hour virtual race, where participants were to run as many 5 mile (8.05km) laps they can in 12 hours. In between laps, participants were to log their GPS data onto a website, email a photo of their GPS activity as a backup and log into a Zoom chat.

“I’ve done enough of these to know that at my level, it’s a matter of time until you fall apart,” Kwitko said. “It then becomes a question of what hurts, how much it hurts, how you respond and how far you have left to go. Due to my minimal training, the only thing I had going for me was my experience, knowing what physical and emotional strain to expect and that it can be overcome.”

As Kwitko approached the half way point at 6 hours he found himself at 57kms and climbing the standings in 18th place overall and with 100kms was within range.

“I was more pleased with the prospect of cracking the top 10 as 100kms felt like a preposterous goal with only 2.5 months of training. In these races, all you really have to do to climb in the standings is stay consistent and not quit.”

One added irritation was due to each lap requiring a minimum of 5 miles, which converts to 8.05 kilometres, Kwitko would have to complete 105kms to officially reach 100kms, and would have to do so by 8pm.

Then at 6pm, 10 hours and 88kms (the equivalent of over two marathons) into the race, it began raining, hard.

His 4.4km out-and-back course along the Rideau Canal selected for the avoidance of traffic and red lights had become a liability due to exposure from rain and wind.

“The worst part was, as miserable as that lap was, I knew I had to go out there again for another one,” he said.

A top 10 finish and over 100 official kilometers were now his to lose. But the rain stopped as he approached 96kms.

“That was a gamechanger,” Kwitko said. “I finished that lap, logged my GPS info, presented myself in the Zoom chat where I was told I had 54 minutes. That last lap was finished in the same amount of time as the average of my first 4 laps.”

Kwitko’s efforts resulted in 105 kilometres logged in a total moving time of 9:44:33 placing him as the 6th male and 8th overall.

This is the most recent story. 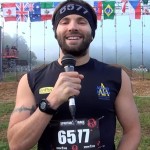